The meaning of hair: Restyling femininity and farming 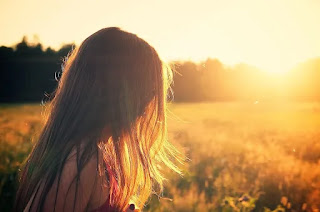 I’m sure I’m not alone in having spent lockdown searching for hairdressing tutorials in the absence of the professional touch. Many of us have come to realise the part that grooming practices play in our sense of self. Far from being a frivolous concern, the meaning of hair in everyday life emerged in my research as a signifier of gender and work identities. Hair offers a lens into how the body and identity can be restyled to resist and uphold cultural norms.


From speaking to women farmers, it became apparent that looking like a woman and/or a farmer shaped their experiences. For example, short hair was perceived by others as masculine and could lead to getting mistaken for a man. Alongside this, short hair was deemed most practical for the dirty and hard work characteristic of farming and so legitimated the idea that farmers are men and that men are best suited to farm. It seems that in some cases short hair enables women to be taken seriously as a farmer and construct belonging in their field, but at the expense of feeling feminine.

My participants suggested that hair that was longer in length or well-maintained tended to be understood as feminine. Colouring their hair was empowering to challenge the dominant culture of farming as masculine but came at the risk of having their readiness and capability to farm undermined by onlookers, such as by being mistaken for a secretary. The contradiction lies in the expectation that those "who have long hair aren't professional, or those with short hair aren’t feminine” (Weitz, 2004, p.224). As a result, the gender stereotyping of work roles and beauty standards that manifest in farming interactions prompt ingenuity in identity construction.

The discipline that women’s bodies are subject to extends to hair, but the capacity of women to respond to instances of marginalisation can’t be overlooked. I found that tying hair up and taking it down is a form of boundary-making that is malleable to different contexts. For example, the differences between on and off farm settings may warrant both hair and identity to be restyled accordingly. Hair is one of a myriad of ways that farming and gender may be managed and embodied alongside the likes of dress and make-up to create congruence between identity and appearance. Women farmers are able to avoid a negative sense of self, but often within the confines of binary notions of gender.

What does your hair mean to you? How might it be perceived by others?
Labels: Farming Gender