A foray into farming films 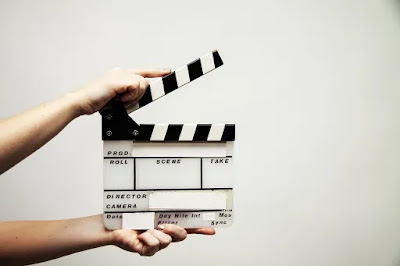 An influx of television shows flaunt the joys of farming characters and countryside, but sometimes fail to document the uncertain rhythms of disease, weather and family expectations. A handful of films, albeit on an independent scale, have tackled social issues in farming and the diverse folk who live and work in rural spaces. They are poignant works of cinema in their own right for capturing the tensions and synergies between nature and culture, as the storytelling gives a voice to rural communities.

I couldn’t start without a mention of the myriad of children’s films which focus on farming life. The likes of Chicken Run, Charlotte’s Web or Babe focus on animals’ perspectives by drawing on a common theme which demonises a farmer for deciding their fate. By looking through the eyes of a livestock animal, they are given agency which lets us consider the boundary-making between humans and animals, as well as the differences between types of animals. After all, if Babe’s status is repurposed as a sheep-pig, it enables her to live for longer as a colleague rather than food!

Moving to the (human) faces behind farming, these films aren’t for the faint-hearted. They offer an insight into the emotional experiences, such as grief and guilt, that can underpin family farming and transform relationships with the land from idyllic to haunting. Whether you are a Yorkshire native, farming fan or film buff, these are worth a watch if you appreciate ways of seeing that make you think. They may be works of fiction, but are a refreshing commentary on the social sustainability of farming without relying on sentimentality.

A farmer’s daughter moves back to the family farm in Somerset to work with her father after her brother’s death. She is greeted by a farm bearing flooding, disease and financial struggles which exacerbate fraught relationships with those who resent her for leaving to become a vet.

Along similar lines for portraying mental illness as a result of a traumatic upbringing, a farmer’s daughter moves back to the family farm in Yorkshire after her father’s death. In dispute with her brother about the succession of the farm, she faces the burden of inherited practices that threaten her chances of taking over the tenancy.

A farmer’s son takes over the farm in Yorkshire, following the illness of his father. The film follows the relationship developed with a migrant worker who is drafted in for lambing season, to explore questions of masculinity, sexuality and isolation in the most uplifting fashion of these three picks. The authenticity undoubtedly comes from the fact that the cast worked as farmers in preparation for filming.

Together these films portray resilience. Farming is deemed more than a job, as in all their cases a farmer is succeeded due to incapacity rather than retirement. There is a sense that farming is a calling, yet the stereotypes surrounding what a typical farmer is like must be resisted to achieve belonging. We are reminded that the passion and resources for farming can be inherited, but progressive farming practices and relationships emerge as a result of identities, such as age, gender and sexuality which challenge traditional farming cultures.

What portrayals of farming or rural life in popular culture have stood out for you?